Welcome to your Dreamworks journey! Dreamworks is an award-winning spa provider with over eight years of experience and is voted best stand-alone day spa chain in Dubai. Did you know that the Balinese massage is recommended for curing stress, muscle pains, sleep problems, anxiety and depression? Read More

Welcome to your Dreamworks journey! Dreamworks is an award-winning spa provider with over eight years of experience and is voted best stand-alone day spa chain in Dubai. Did you know that the Balinese massage is recommended for curing stress, muscle pains, sleep problems, anxiety and depression? If you are looking to get rid of any of these problems and improve your well-being or simply to treat yourself to a relaxing and rejuvenating massage, then Dreamworks is your ultimate destination in Dubai. For more information, please call 800-MASSAGE. Read Less

Dreamworks Spa is contained in... 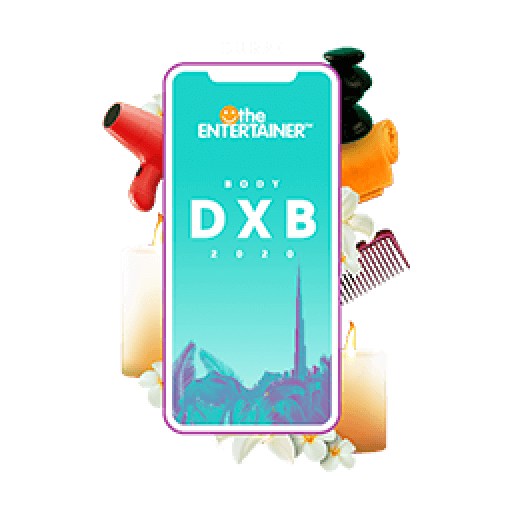 You AND your bank balance will be looking pretty good with these 2-for-1 and discount spa and salon offers.

Where do I start, I finally realised why the reviews to this place is a hit and miss, as the experience really is just that. First Visit - September 2019 Called and spoke to the female receptionist and booked couples massage for me and the Mrs, saw that they had a deal on Groupon so asked if we could have that without booking through Groupon and they said it was fine (called it the Facebook/Instagram promo), cost 398 AED (199 AED per person). Went to the appointment 15 minutes early, receptionist was nice and welcoming, offered drink and didn't wait long to be taken in, had 1 hour full body massage. It was an hour of pure bliss, the best massage I've had to date (I have a lot). Right technique's used, perfect amount of pressure and extremely relaxing. Came out and said to the Mrs we need to book again. She on the other hand said it was ok, not bad but not the best she's had but wouldn't mind booking here again. By the time we finished the receptionist had left so couldn't book with anyone, called the following morning and booked with the same receptionist for the same cost/promotion. Second visit - September 2019 (couple days later) Arrived 15 mins early but this time was greeted by a male receptionist, sat down and waited for what felt like 15-20 minutes, wasn't offered anything to drink and was advised that our masseuse needed to get the room ready. Was finally called into the room and the nightmare experience started, no music (this doesn't really bother me but helps the Mrs to relax so she had to tell them to put it on, it was already on in the first massage). I had an elderly female massaging me, and as soon as she put her hand on me her fingers cracked (you know something's wrong when your masseuses body is cracking and not yours). She proceeded to "massage" me, in what resulted in her pressing on the towel that covered my body, first the legs and then my back, then she decided to stroke my hair (yes! stroke it) she eventually removed the towel and started rubbing my back to which I said to her that I'm not really feeling anything (felt like she was wiping me down) and could she put more pressure. The next 15 minutes were torture, she started to dig in my back with her elbow, no technique or knowledge on how to massage, felt like she was digging for gold. She then started to do the same to my arms. At many points I felt like calling it off but proceeded with it in the hope that it may improve and also not ruin the experience for the Mrs. Eventually I had enough of the digging and called my masseuse over and whispered if there was anyone else available, she said to me no and if she should apply more pressure, to which I said sorry but I'm not enjoying youre massage at all. She then went over to my Mrs masseuse and asked to swap over, I said no as this would've resulted in my Mrs getting a terrible massage, so I decided I'd just cancel mine (30mins in) and told her to call the receptionist/manager. Popped out the room and told him what had happened, and lucky for him a masseuse had just finished on another appointment so told her to swap. She started on massaging my left leg (this was the first time in the whole massage that my legs were actually touched), but by this point my Mrs had her back and legs massaged so her masseuse was ready to turn her around, mine decided to do the same with me, I told her that I haven't really had a massage and no one's even touched my right leg yet, she then proceeded to massage that leg for the next half an hour, at which point the Mrs massage had finished. So my masseuse decided it was then end of mine too, I told her that I had booked a fully body massage and I've only had my back and legs done. She decided to go and call the receptionist again so I went with her, but he had gone home by this point. So we stood in the hall way for 5 minutes and she eventually agreed to massage my front, which was a 20 minute of rubbing oil on me. I've come back to the UK and told my Mrs I need to book a massage just to get over that horrendous experience. I wouldn't say not to book here but just make sure when you book the female receptionist is there as her team is really good, but if you do end up getting the male receptionists team, avoid the elderly lady like the plague.Read more

First visited dreamworks around 3 years ago, did not like it. Decided to give it one more chance. Experienced marina brunch next to Jlt metro station. The overall experience is extremely bad. Would like to leave some suggestions as I don’t think complain will change anything . The place is terribly mismanaged. And this is a prime location. 1. When a client is in , a welcome smile is a must. Grumpy , poker face of a manger is not acceptable. 2. The tea and lemonade should be offered along with wet towels. (It’s not a self service) 3. When the client lies down , u have to clean the feet with warm towel, not the half wet tissue with 4 light touches. 4. Don’t ever treat a customer as piece of meat! Don’t through legs and arms away. Everything needs to be done gently. As the purpose of massage is relaxation. 5. Give your staff a proper training to how to do massage. Jumping from arms to Back , then To arms then to head is completely unacceptable. Learn basics of massage first then try to do Balinese massage. Keep in mind ppl here do know the difference between Thai , Balinese and Sri Lankan massage. 6. The eye mask needs to be there through all the session. To through it rapidly.. common. 7. Some relaxing music would be a great advantage. 8. Keep staff healthy and treat them well. Mine had blocked nose , and she was struggling. And u can feel that how desperately she needEd to clean the nose. This is unacceptable, I am not going to massage place to get the cold or to get some drops of ..on my head ... 9. HR department has to be restructured. (To release staff with this massage skill .. sorry, to have this manager at brunch.. he has no clue what customer service is and no idea what spa is 10. and finally being there and just waiting when the torture will be furnished u will be charged 349. Aed It would be justified but not at current customer journey. To change All mentioned above required minimum cost involved but the difference it would make .. Won’t be coming back even for free. But hopefully , some positive changes can be seen by your regular customers.Read more