The Ubud Village Resort & Spa is a retreat-style boutique resort designed for relaxation, invigoration and peaceful contemplation. Situated within a Balinese-style village, all 30 private pool villas command either picturesque terraced rice paddies or a pastoral sanctuary of lush greeneries. Pamper your body and soul at the hotel’s two-storey spa or let your taste buds be swept away by gastronomic delicacies over at the hotel’s dining restaurants. The resort is 35km away from Ngurah Rai International Airport. Read Less

Booking Inquiry Hotel Rules of Use

The Ubud Village Resort & Spa is contained in... 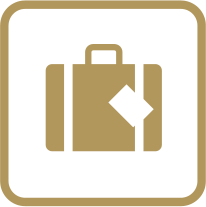 More Africa is included free with the purchase of an Entertainer Cape Town, Durban or Johannesburg & Pretoria 2019 app product.

Fantastic peaceful location to escape the hustle and bustle of Ubud centre. Staff were excellent in addressing all requests without delay and making us feel very welcome and at ease. Will definitely be returning next year. Read more

Great hospitality from the main entrance through your own villa. Located in nice location which not far from ubud market. Food and hightea was provide during our stay. We have a great time there and hope to be back soon Read more

I had a fantastic 4 night stay at Ubud Village & Resort in Jan 2019. I think the team exceeded expectations on all parameters. Staff - fantastic in all matters. From groundkeepers to drivers and service staff in general. Attention to details were fantastic and we fet at home at once. The resort itself is also a small gem. Fantastic landscape, peacefull and quiet, but still close to all restaurant and activities in Ubud. The villa was also amazing and the private pool is a great option when travelling with younger kids. I have +120 nights of travelling a year and this was an absolute highlight of mine! Thank youRead more