The Yellow Chilli is a chain of casual dining restaurants with a degree of exclusivity and a touch of simplicity that is as unique as its name. It takes great pride in offering tasty Indian food with a twist drawn from North West Frontier cuisine and exotic picks from the regions of Punjab and the ... More

The Yellow Chilli is a chain of casual dining restaurants with a degree of exclusivity and a touch of simplicity that is as unique as its name. It takes great pride in offering tasty Indian food with a twist drawn from North West Frontier cuisine and exotic picks from the regions of Punjab and the Mughal Era. The menu bears the Master Chef Sanjeev Kapoor stamp of authority and is cooked in the most hygienic way using the freshest of ingredients. Less 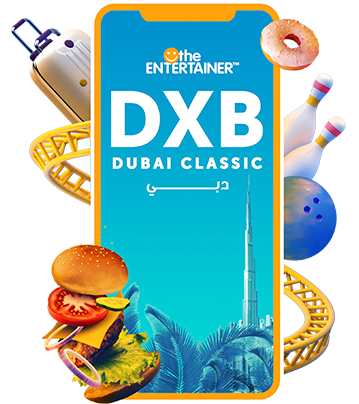 12 Month Membership
The original membership!
Get instant access for 12 months to thousands of Buy One Get One Free and discount offers across the city. With so much to choose from and so many ways to save it's a no brainer - what are you waiting for? 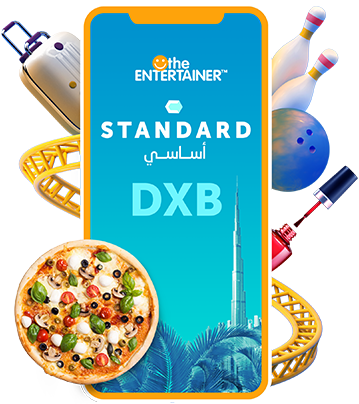 12 Month Membership
This one's for everyday savings at well-known places.
Everything you love, packed into one app! Get offers and discounts at fast food joints, cafés and casual restaurants. Enjoy theme park thrills, treat yourself to massages or check out a gym class or two, for a whole lot less. And there's more – take home savings on staycations, retail, cleaning services and laundry too.

A disappointment to the name of Sanjeev Kapoor. Bland, no salt or the Indian flavour. The seafood platter consisted of 2 tamarind prawns, 3 small pepper prawns, 2 tiny fish pieces and over cooked squids which were extremely hard and chewyMore

Food that evokes nostalgia!! The best combination of flavours and care and emotions sway with the delightful treats one can experience in this newly lit branch of the Yellow Chilli by Sanjeev Kapoor. I've grown up watching Sanjeev Kapoor recipes back in India with my mom, so lately we want to try a new place and I couldn't think of a better place than The Yellow Chilli as they had just opened its fourth branch at the Palm Jumeirah. Other existing venues in the Yellow Chilli series include Burjuman, Jumeirah Lakes Towers and Al Qasba in Sharjah. The place is known for its Indian North-West frontier and Mughlai cuisine. The menu has been creatively done which include comprise traditional Indian dishes capturing the local essence. The street food-inspired starters going all the way to fusion plates like Dahi Ke Kebab, with Labneh stuffing, capturing the local essence. The restaurant layout is neat, not congested, and the lighting and lamps and the wall shade was sober and soothing to the eye. Their astounding menu flashes about the unique delights from some inspired exclusive gastronomical finesse. Our meal was pretty sensational overall. The first thing we tried was Dahi ke Kebab along with Soya chaap in a starter a delight for veggie lovers like us. It was Crunchy and delicious. For the main course we had Baigan ka Bharta, (And this is the dish for which I will keep coming back to this restaurant the Smokey flavour gravy is the perfect balance of spice.) Paneer Tikka Masala (my personal favourite- paste marination was flavourful and the paneer was grilled to perfection.) All our breads were perfectly cooked and fresh. Taste: The Yellow Chilli does a great job at combining traditional flavours with local tastes, making it a go-to choice for foodies from varied backgrounds. Presentation: The dishes capture the very essence of North Indian food, which is a burst of bright colours! As important as the taste, is how vivacious Indian food and the hearty curries look when served on our table. Using traditional clay pots and colourful seasoning, the presentation is worth capturing. The flavours left an unending splotch in the periphery of our taste buds. This new Palm location for The Yellow Chilli is situated on the Golden Mile, next to the jogging track and there’s plenty of parking available. The waiters were courteous, patient and helpful. The service timing was well spaced out and the table was never empty. An exquisite and lovely end to the beauty engagement of food and hospitality. This place has marked a special place in the list of restaurants where we would love to visit again. If you have not been here then you are certainly missing out on some real stuff.More

Khaleej Times invited us to The Yellow Chilli Restaurant Burjuman, Dubai with an AED50 voucher. We arrived at the restaurant at 8:50 p.m. and were seated. We looked over the menu and went over all of the options. There is a very limited selection of Vegetarian menu items to choose from on the menu. The restaurant recommended that we order the signature dish (the best menu item on the menu). We got Basilico & Kuzbara Paneer Tikka, Shaam Savera, Bread Basket (2 Tandoori Rotis + 2 Naan), and Dum Pukht Vegetable Biryani. After 10 minutes, the staff arrived at our table and informed us that the item Shaam Savera was unavailable due to kitchen pressure from takeaway/delivery orders. We were not disappointed, but we were surprised when the restaurant informed us that at 9 p.m., we will not be able to serve you our signature dish due to kitchen pressure. I complained to the manager, but he was powerless to help, and we were forced to order an alternative dish. So we substituted Cheese & Cheese Kofta for Shaam Savera. The food tasted OK but not great. The best part was the Dum Pukht Vegetable Biryani; the rice was delicious, and the masala in the biryani was tasty, but the vegetables used in the biryani were frozen. I also informed the manager that the vegetables used were frozen, to which he said nothing and accepted the situation. We were dissatisfied, so we asked for the bill after the meal. The restaurant was running a promotion in which the restaurant offered a discount of AED46. I requested that the discount be removed because I will pay AED50 with a voucher. So, even though we didn't bring the voucher, we spent so much that the discount and voucher price were nearly identical. The funniest part was when I told the staff that I had another AED25 voucher and wanted to redeem it, and he said, "You can go for parcel." I said yes, I'll go get a parcel because we couldn't eat anymore because we were full. So, we got Gulab Jamun with Gulkand ice cream, which cost AED26. I handed the voucher to the staff member, who asked for AED1. I gave him the same, and he asked us to wait outside the restaurant for the parcel to be picked up. I was surprised to see that there were about ten people waiting for their takeaway food and literally pleading for their delivery, and now we were one of them. The staff came in and handed me my delivery packet, but the ice cream was missing. When I asked the manager about the missing ice cream, he asked his staff, who insulted the manager by giving bad words. I waited and listened to their conversation, and when I asked why they took the full amount (AED25 voucher plus AED1) of the menu when they only gave me half of it, they said it's the way it's done here. I was taken aback, and this time I was angry as well as disappointed. I placed the parcel on the counter and exited the restaurant, vowing never to return to The Yellow Chilli Restaurant Burjuman, Dubai.More

@yellowchilliuae has been serving consistently delicious food over years and its one of our favourite restaurants too. So undoubtedly this time also the food delivery was just perfect. It was on time, delivered piping hot in spill proof packaging and the flavours and portion size was just perfect. We tried the veg kebab platter which had assorted vegetarian kebabs and they were mouth melting. In Mains we had the lalla mussa thick and creamy daal with paneer taka tak as these two dishes are our family favourite. We also tired the dum pukht veg biryani which was quite exquisite. And in desserts we tried a very uniqe Ghewar which had berry rabdi on a traditional Rajasthani ghewar a twist to traditional dessert balancing all flavours in a uniqe style. More

Yellow Chilli is an amazing Indian restaurant in UAE that serves delicious Indian cuisine. With an interesting menu and dishes full of flavors, it has made its name in the list of the best Indian restaurants in UAE. The culinary team at Yellow Chilli have the expertise of different cuisines of different regions of India, and thus the restaurant has you covered. We ordered - Appetizer - TYC Kebab Platter Half - Main Course - Methi Murg Tangdi with Cheese Naan - Dessert -Panjati Tart The packaging is good, Generous portions. Amazing and tasty food.More
Hi there,
Did you know you can enjoy Buy One Get One Free offers at The Yellow Chilli by Sanjeev Kapoor - Dubai with the Entertainer? Download their free App to become an Entertainer Member and try some of the dining, spa, leisure and hotel offers for free! I‘m sure you‘ll save and smile a lot just like I do with the Entertainer.
I'm sure you'll save and smile a lot just like I do with the Entertainer.